What You Ought To Know About the DAX

No, the DAX is not a new trendy drink. It is actually the name of the German stock exchange, which is nothing to shake your head at considering Germany is the 5th largest economy in the world with GDP nearing $3 Trillion. The DAX , officially named “Deutscher Aktienindex”  is a blue chip stock market index consisting of the 30 major German companies trading on the Frankfurt Stock Exchange. Prices are taken from the electronic Xetra trading system. According to Deutsche Börse, the operator of Xetra, DAX measures the performance of the Prime Standard’s 30 largest German companies in terms of order book volume and market capitalization. It is roughly the European equivalent of the Dow Jones Industrial Average, and because of its small selection of components does not necessarily represent the vitality of the economy as whole.

Here’s some of the things you need to know if looking to trade the Dax: 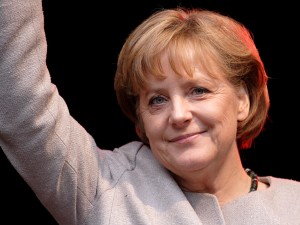 Alan Greenspan…Ben Bernanke, Janet Yellen…perhaps all household names but those trading DAX should know the name Angela Merkel. Who is Angela Merkel?

Angela Merkel is the practical, sensible, down to earth leader of Germany with the official title of German Chancellor who continues to reign as the most powerful woman on the planet 10 years running. She clinched a third four-year term of Europe’s most vibrant economy in December 2014, making her the longest-serving elected EU head of state. 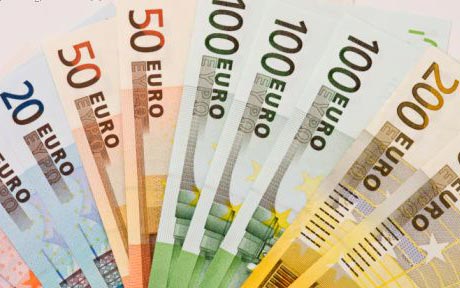 The Dax is priced in Euros, seeing as how Germany is in Europe and part of the EU (the biggest part).

In Q1 the Euro lost just over 11% and then proceeded to rally better than 7%, but do you track the ups and down of the Euro currency other than when you are booking your next European vacation? You may want to if trading an exchange that is priced in Euros. Consider that if you made 10% ‘trading’ the Dax, but the Euro lost 10%, your P/L in US Dollar terms would be zero.

Excuse us for pointing out the obvious, but there’s a bit of a time change between Germany and your US home base. Now, this isn’t a big deal for European traders, but for those that reside in the US – the time difference between NY (EST) and Germany is 6 hours. So the DAX gets a head start and starts trading when most US investors are catching some ZZZs. If you were trading the DAX in New York, you’d have to be up at for the opening bell at 3 AM until the close at 11:45 AM (now that’s a graveyard shift).

The German DAX is one of the most important markets in the world, but unless you’re running a billion dollar hedge fund, most US based investors do not look to trade the DAX. Because Germany is the largest single economy in Europe what happens in their economy has far reaching implications. The DAX is considered to be the most important index in Europe which in turn makes it influential on US markets. In recent years a large portion of the companies on the DAX have become increasingly more important to the global economy.

For that reason and more, there are Dax futures enabling investors around the world to efficiently access and trade the Dax index, whether it be for speculation or portfolio hedging purposes. Many choose to trade DAX futures because it has a higher nominal value then the U.S. Stock indices. For example, 1 Dax Futures contract is 25 euro x the nominal value of the index. Each full point move is worth 25 euros ($28.18). With the front months DAX contract at 11401, we’re looking at $321,280 dollars. At the same time it’s important to note that since there’s opportunity for profit, there’s also opportunity for larger nominal losses.

How do you trade it?

So how do you trade this thing?  That’s a great question over the past 3 months when the DAX has largely been range bound – trading between 12500 and 11200, a 1300 point trading range which represents a range nominally of $32,500 Euros. 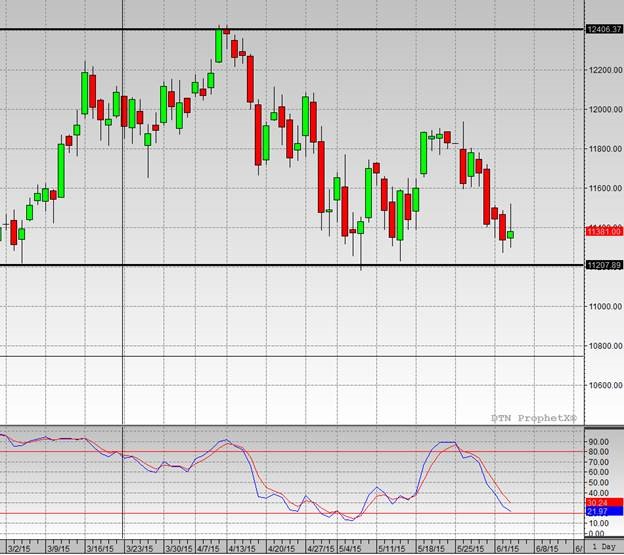 (Disclaimer: Past performance is not necessarily indicative of future results)

Even though the market has been choppy,  volatility has heated up with average daily trading ranges between 200-250 points daily ($5,000-$6,250 Euros). One way investors look to make a profit in sideways markets is by looking to capture portions of that volatility in taking both sides of the market, buying and selling at different times and price levels in an attempt to capture the ups and downs.  But that begs the question, how do you know when to go long or short? When do you exit? How much do you risk?  Do you watch CNBC Europe or scan the wires at three AM looking for market moving comments by Angela Merkel?

We think there’s a better way:

Until the DAX finds a pronounced trend, we think trading both longs & shorts utilizing systems is a great way to take advantage of a directionless market. But not just any systematic model, we prefer one’s that were built for the DAX with a back tested history and the ability to see it’s real time performance. We’re talking DAX systems on the iSystems platform. Here’s how the top Dax systems performed last month: 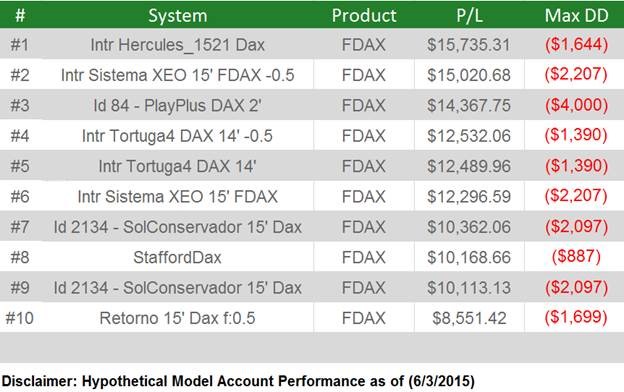 The market never sleeps, but you can. Turning on some Dax systems for your account allows the iSystems platform to track the Dax while you’re asleep, placing orders,  exiting trades, and managing risk. It’s not quite making money while you sleep – you could lose while asleep too, but is sure beats staring at the screen all night.

Click here to schedule a live demo of the iSystems platform, or call us at 312-870-1500 to learn more about trading the DAX and other top performing systems.

How to Gain Exposure in the Crude Oil Market
This Market is Crazy, and Tradng Systems are Loving It