You can develop your own system using the built in indicators and backtesting functions of a program like TradeStation, (or purchase a trading system online from someone) and run it yourself, following each signal issued and placing the trades or letting the computer place the trades for you (this isn’t perfect technology yet — and we don’t recommend letting a computer run free following signals unless you have millions of dollars invested in technology infrastructure with backups, auto-failovers for internet connection, generators, and the like).

You can go to one of the websites which list hundreds of systems posted by anyone with an internet connection — then subscribe to follow a system’s signals via email, instant message, or through an auto-trade service where trades are placed directly in your account. The trading system is then run on the developer’s computer, and the signals sent to a main server, which then tells your broker to execute the signals for your account.

The danger of investing through trading systems with this approach is that the trading system resides on the system developer’s computer — not your broker’s or the system subscription site. With the system on the developer’s computer only, there is no telling what that developer is doing to generate signals (buying when his dog goes to the green bowl, selling when he eats from the red bowl?), and no insight into what sort of technology the developer has (is backup in place, what happens when they go on vacation, what happens if the neighbors kid starts hitting buttons on the computer?) And finally, there is no way to know if the developer is changing the code every time there is a losing trade or the like. All in all, this may be a reasonable approach to get a taste of trading systems, but it sounds scary if considering putting any real money towards trading systems.

Finally, you can use a server based automated trading system platform such as iSystems (the first of its kind) which runs the trading systems on its machines in house. By requiring that developers send their trading system code into iSystems to load on its machines, all of the problems with the code running on the developers’ machines are removed. The question of technology infrastructure is immediately answered — insuring a secure data connection and no missed signals, and new abilities such as testing the system on out of sample data or other markets is opened up. 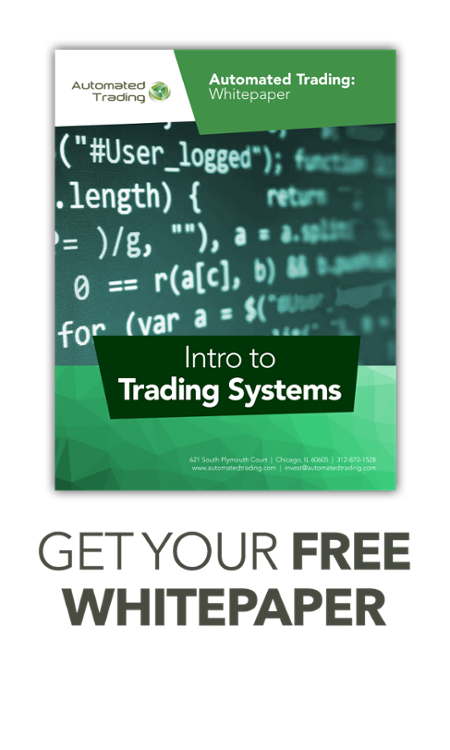